<![endif]-->
Home
AEPE - Association of Retail Traders and Shopkeepers of Venice is proud to present: Venice and the restaurants of excellent cooking Food Culture

In the Castello district between busy San Lio and Campo Santa Maria Formosa in Calle del Paradiso with its characteristic barbicans, at the foot of the bridge under the arch there is Ai Barbacani restaurant, facing onto the Santa Maria Formosa canal.

The restaurant was an ancient coal store. Its wooden beams still bear the traces of its former use and give it a magical romantic atmosphere ideal for dining by candlelight, with boats passing along the canal in the background, away from the more beaten tourist tracks.

The cuisine is traditional Veneto style and mostly fish-based but there are a number of other choices for non-fish eaters and vegetarians. 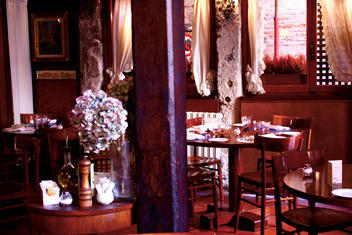